Traveling for a long time is not like a long vacation. The longer the trip lasts, more the feeling of it changes and becomes a way of living. A daily routine. Then traveling is your occupation, like a job, and correspondingly you feel you should be somehow productive in it, performing in a way that differentiates your way of traveling from plain holidaymakers – be it in the kind of destination chosen, the means of transportation, the approach towards how to observe the surroundings and what to do out of the gathered experiences… and often maintaining this slight differences is not an easy task.

This is even more so when visiting a place like Thailand, so overrun by tourism and seemingly exploited for it in each and every corner which a minimal appeal. So when heading to the South of the country, the most touristy part of all, we decided to slightly forget about our traver resolutions for some days and plunged ourselves into the sweet insouciance of a beach holiday – and thanks to our Chilean friends, who were only staying for three weeks, we even had a good excuse for it. 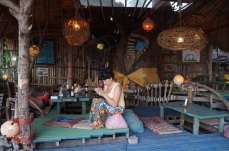 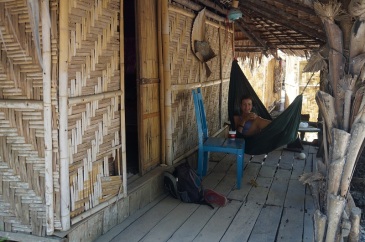 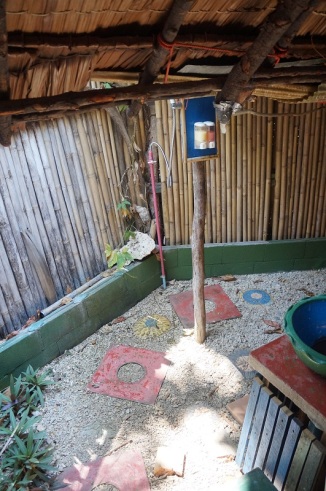 So we stayed in hippy bamboo cottages, right on the beach, with wooden cushion tables, colorful lampions hanging everywhere and chilled reggae music practically whole day. Each hut had an open top bathroom, so when taking an shower in the evening one could see the sky full of stars, and its own little verandah with a hammock, perfect for having self-made breakfast, an afternoon coffee or just a lazy hangout. The water right in front of our cottage resort was warm and transparent, albeit kind of rocky and therefore the perfect habitat for some strange, black, worm-like creatures called Sea Cucumbers. Not of any danger to anyone, they are just lying around on the ocean bed, sipping plankton and alga and other microorganisms – which is why sea cucumbers are also called “vacuum cleaner of the seas”. But some of them were really thick and easily 40cm long, so the outlook of stepping on one of them still inspired some sort of respect. 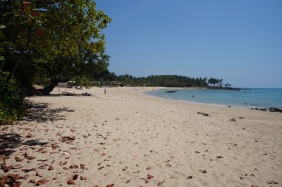 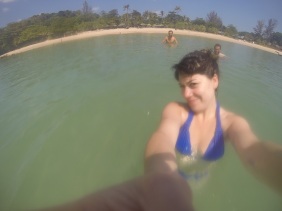 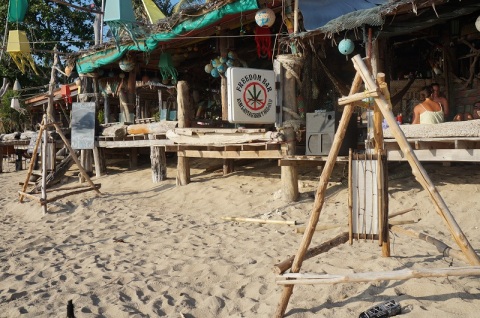 Two days of our stay we rented motorbikes to explore some of the interior of the island and check out some other beaches, one with more transparent water than the other and the most surprising part was: all of them, even the more bungalow surrounded places, were nearly empty. 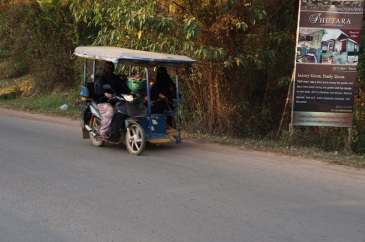 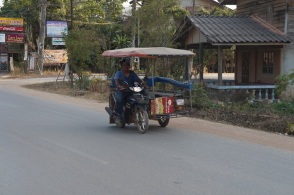 This was perhaps due to one – and as far as we can say the only – disadvantage of the island during the period we were there: it was unbearable hot, each day up to 35°C and the sun was burning as if it didn’t want to leave any plant on the planet. Even though we’ve been to several tropical places beforehand, we couldn’t remember feeling affected by the climate that much in one of our previous trips.

But nothing to worry about: enough fruit juices, 7-11 instant coffee and Chang available to come through the day and we became more active during the night, when temperatures dropped to pleasant 28°C, all the busy sunbathers already went to sleep and we had the beach even more to ourselves. 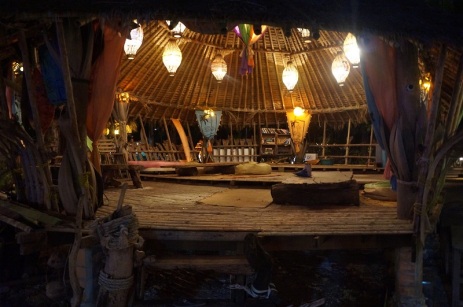 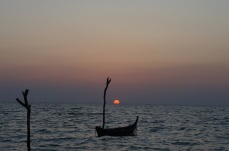